There is a piece of Beijing in Warsaw. In summer the red lanterns will guide you along the paths of the most loved park in our city. Wile in winter and covered with snow? Well, like a Chinese fairy tale. Perhaps, it is a bit controversial – some people simply adore it, but some just ask why we decided to have a Chinese garden in the middle of our capital city. 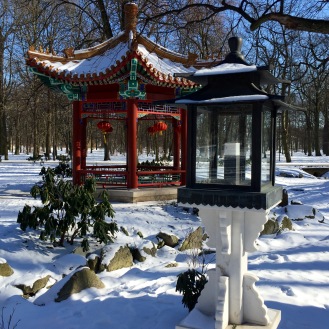 This is a Chinese garden designed following the Prince Kung’s Mansion in Beijing, and you can find it in the Łazienki park. It was created in Warsaw in 2014, but there was a Chinese Avenue in our park 200 years ago, at the times of king Stanisław August Poniatowski, who created the residence.

In summer of 2016, the Chinese section of the park expanded temporarily: the red lanterns and other lighting features were built along the main alley. It was a part of the Garden of Light festival that has been organised by different historic residences all over the world since 2012: the common denominator being the fact that all the gardens/members were created in the 18th or the 19th century. 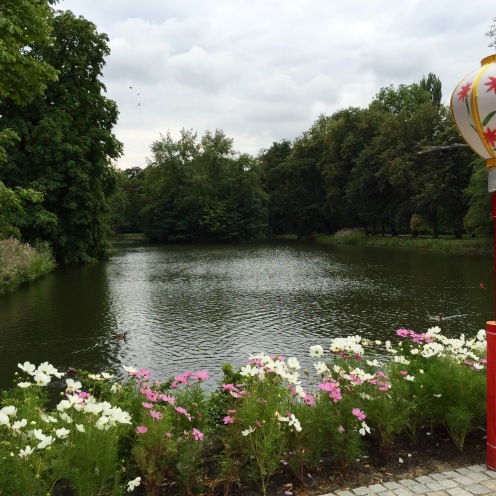 To sum up, the summer Chinese Lantern Festival and the all year open Chinese garden in Warsaw are an elaborate reference to the 18th century European fashion for all things Chinese or, at least, from Far East. The king who founded Łazienki was no different. He was educated and open minded enough to follow the European interests. And since 1764, when he was elected king, he had enough money to act on this cultural pursuit. There are old plans and views of his park with pagodas and water features in “Oriental style”. What is more, in 2012 the traces of the old Chinese Bridge were discovered during the excavations – actually, the old Chinese garden was located not very far from where you can see two new pagodas today.

For more of our park and city walks suggestions go to sections: Warsaw  and Łazienki: Royal Baths of Warsaw.